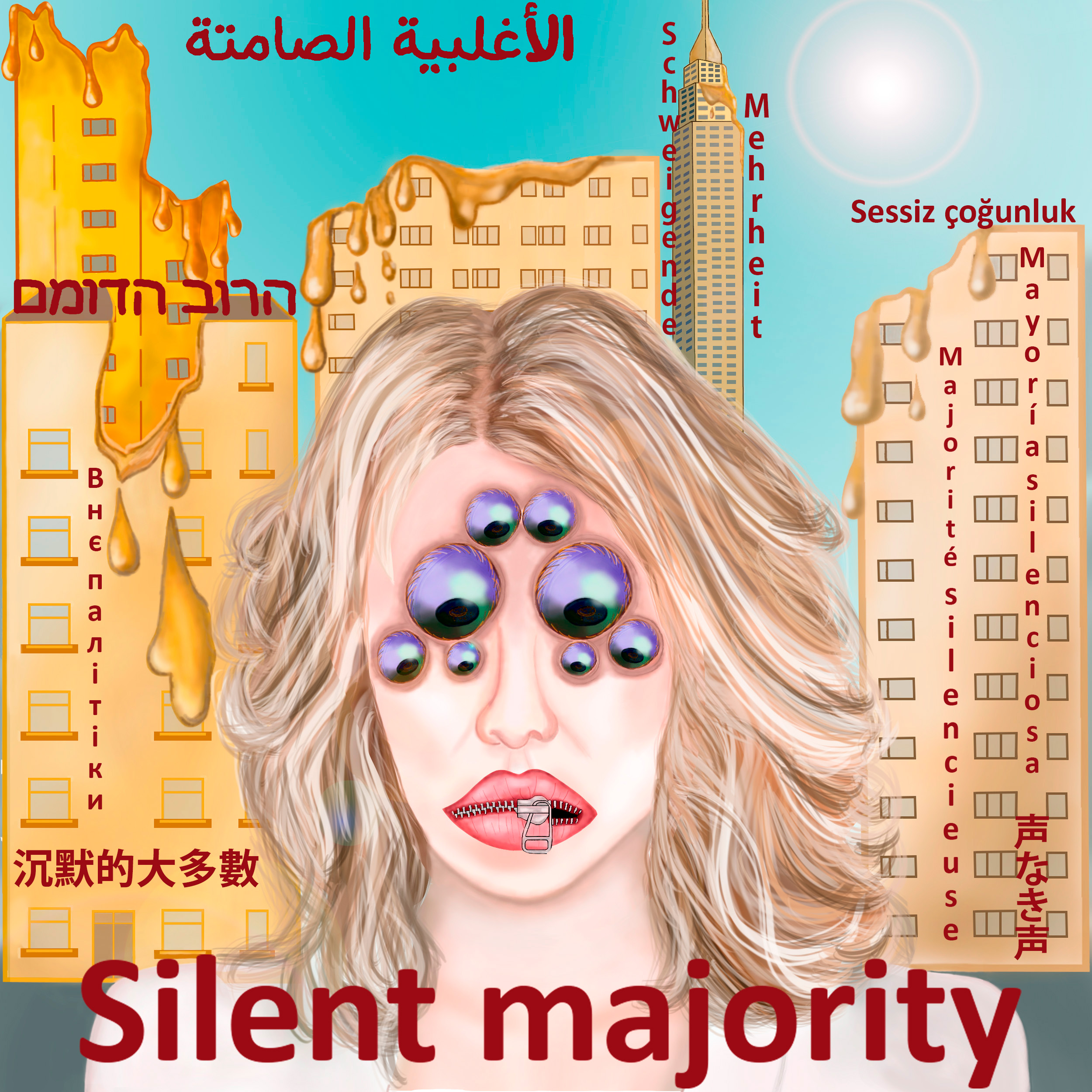 Any dictatorship is vicious, any radicalism is destructive. So it was, is and always will be. But any destructive policy is impossible without the consent of society … without the tacit consent. Any society, any country and any continent is able to make a deal with conscience, which is, in fact, a deal with the Devil. Because society always sees everything, but sometimes decides to take a passive position for itself.

This position is called in its own way in various languages ​​of the world, but always leads to one end, to its own destruction. Because when you see, how the world around you is slowly but surely melting like a burning candle, you cannot count on anything other than the fact that someday this candle will burn to the end.

This picture was inspired by the war, that is now going on in my country. This war happened due to the tacit consent of the population of Russia and the inhabitants of the countries of the Western coalition. But I decided not to devote this NFT specifically to the war in Ukraine, since in fact the problem of the silent majority is inherent in all peoples and countries. And when the candle burns out, no one will be able to say, that he had nothing to do with it, because earlier everyone saw and understood everything, they simply preferred to remain silent.