Hello friends! This post will be a little different from the ones I wrote before. It will differ primarily in emotionality and critical judgments. But the situation has developed in such a way that I can no longer do otherwise. I don’t like to complain and start a storm, but sometimes circumstances just push us to start screaming as loudly as possible so that we can be heard. And so I decided to write this post and tell the whole truth.

When the war began, and the invaders stood near Kyiv, and our army defended not only the capital and not only Ukraine, but the whole world, the established way of my life was shaken, and I literally reconsidered my existence. Previously, I thought exclusively in terms of practicality and professional orientation, as I believed that every person should stand firmly on his feet and cannot afford to soar in the clouds, cherishing pipe dreams. But in those difficult days, when the fate of the whole country and, without exaggeration, the whole world was being decided, I realized how conditional and unstable everything in this life is. That is why it makes no more sense to live according to the principle of a “hamster in a wheel” and run forever, staying in one place.

And then I decided to turn my small hobby into the meaning of life and professional activity. At the same time I do not intend to chase fame and create exclusively relevant content, following the line of trends and demand. I draw what is in my heart and in my life.

At the same time, I decided in principle not to speculate on the topic of war. And all my so far few collections are devoted to other topics … All of them, except one. Kamin’ NFT Diary – is my first collection, which inspired me to turn from a “hamster” into an artist and start doing something for myself and others. Therefore, I cannot refuse the idea of publishing it, although the entire progressive and verbally very supportive of Ukraine Western world is very opaquely hinting at me to do so. But first things first.

For this collection of mine filled with life, emotions, reasoning and inspiration I started getting banned on all social networks! And this despite the fact that I was not engaged in the professional promotion of my work, did not order advertising, did not turn to specialists, I simply maintained accounts like an ordinary artist, posting all my works, including Kamin’.

At the moment, only my Instagram profile remains functional (I don’t consider a Telegram channel, since it’s not really a social network, but rather an addition to a chat or a website). On Instagram, I have so far deleted posts about Kamin’, because if I get banned there, then I will simply find myself cut off from the world. Yes, of course, I can create new accounts, but they will be banned in the same way as the previous ones.

It’s funny that I don’t have professional skills in maintaining accounts on social networks, but when I decided to show my creativity to the world, and registered pages on Twitter, Facebook and Instagram, people started following me, about 20-30 people a day. Then this number began to increase, and about 80 people could sign a day. And most importantly, they were users from all over the world. The analytics of my website, where people went from social accounts, showed that my posts and my work were seen by the whole world … And then I started getting banned and prohibitions on creating new accounts. And I still can’t unlock them. 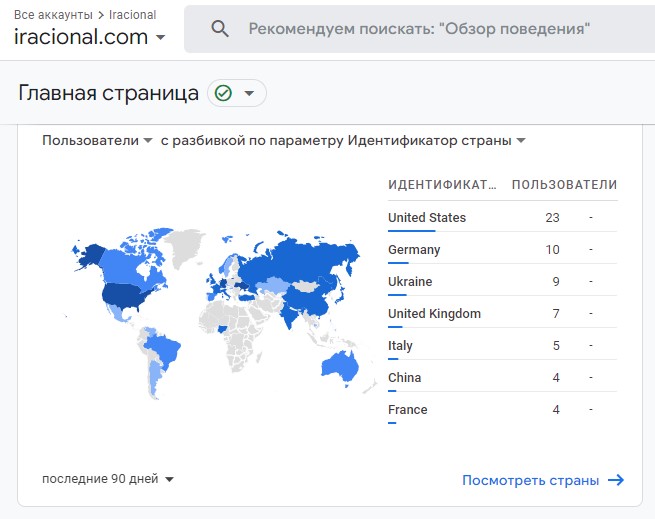 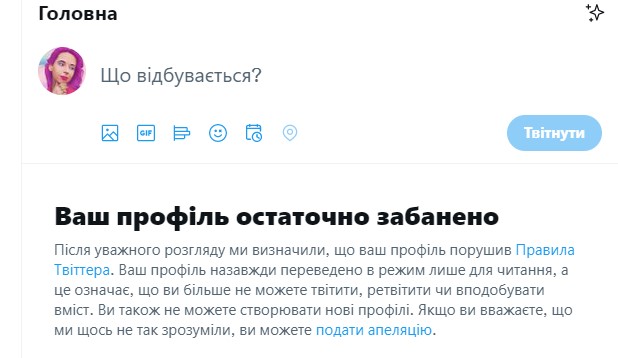 The old me would not have reacted so sharply to these bans. Instead of a conflict and raising public outcry, I would simply create new accounts where I would be afraid to post such a “provocative” collection. But now everything is different.

And the problem here is not only in the bans, but in how and when they were made. The first ban hit me on June 5 in the afternoon. And the word “hit” I used, because this blocking of my account was like rockets in the clear sky, which in the morning of the same day roared over my house (I live close to the DVRZ, on June 5 were 6 missile hits in that area of ​​​​Kyiv). So it turns out that in my life that day there were two “hits”, one – from the Russians, and the other – from whom I did not expect – the Americans.

To say I was upset is an understatement. In the morning, my husband and I hid in the bathroom because of the roar of rockets and explosions that shook the frames in the windows. And in the evening, when there were already almost a thousand subscribers on my account (and this is less than a month), the message “Your profile has been banned” popped up. At that moment, I wanted to give up.

Well, it would seem, what’s the difference, Twitter’s not the only social network. On the other hand, everything is known in comparison. Not being a public person and not having practical experience in social networks, getting such a positive reaction from society in less than a month, and then a ban without any warnings is morally very difficult.

The next day, calmed down, I filed an appeal to restore my account (to which I still have not received a response) and continued to do my job, patiently waiting for an email from the support team saying that they blocked my profile by mistake … I was waiting for justice.

The story could have ended there, but it didn’t. If evil has not been punished once, and justice has not been restored, everything will repeat itself. This is an axiom. Because impunity breeds arbitrariness, and those who once did not receive a rebuff, after a while, will want to do even worse. After the start of the war, I was not the only one who asked the question: if in 2014 the world community had not reacted so indifferently to the annexation of Ukrainian Crimea by Russia, would Putin have now decided to bomb our cities? Hardly…

No, I didn’t deviate from the topic, it’s just my story – the story from the life of one person, which illustrates that you can’t turn a blind eye to the “dirty game” in the hope, that everything will work itself out. It won’t, it will only get worse…

So, on June 23, in the middle of the day, I receive a message from Facebook that I am no longer on this social network either … I just want to ask: is this some kind of joke? June 23?! Couldn’t you have chosen another day? No, they banned me when the whole of Ukraine is happy to receive the status of a candidate member of the European Union… Crap, I’m Irina Zakharova, not Maria Zakharova, you selected the wrong account! 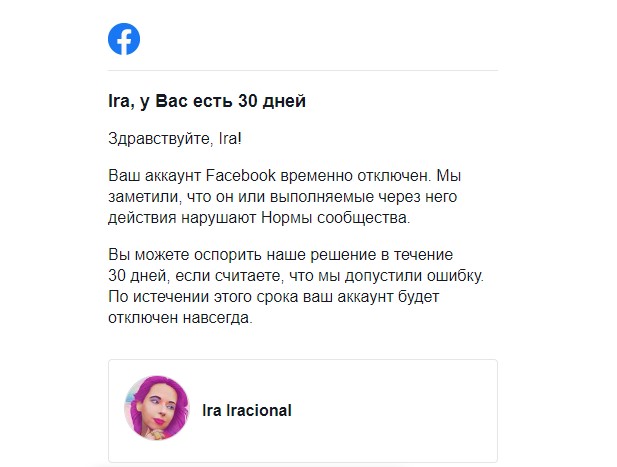 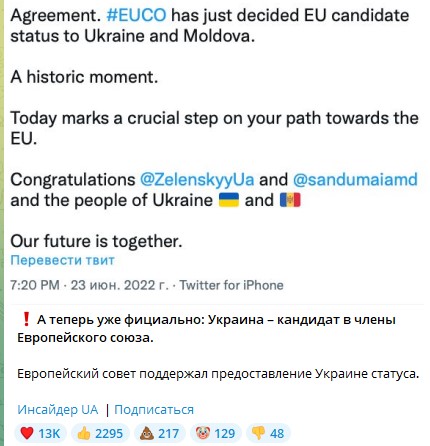 It’s funny that, banish my profiles, Western social networks put me on the same level with such odious war lovers as Solovyov. But I’m not in Moscow, I’m here, in Kyiv. And rockets fly over my house, and a war is going on in my country to protect not only Ukraine, but the entire Western world. But I dared to tell in my collection what I see and feel, living in Kyiv, and therefore they ban me, like some Skabeeva from Moscow!

On social networks people often wrote to me something like: “don’t demonize all Russians” or “it’s strange that your war lasts so long, we thought that the Russians would just “let off steam” and calm down.” What kind of “steam”?! People are dying in our country in order not to let the “russian world” into Europe. And in general, who gave the Russians the right to “blow off steam”, taking the lives of people? Not only Ukrainians, but people in general?

So, I am banned precisely because my collection of stones supposedly “demonizes Russians”, which is why I was overwhelmed with emotions. After all, Skabeeva, Solovyov and Maria Zakharova are engaged in “demonization”, but Ukrainians. And because everyone turned a blind eye to this, we have been at war for 120 days. And now they are banning me so that I don’t tell my English-speaking subscribers the truth about the war and the fact that Russians are not “letting off steam” in Ukraine, but are cherishing their ambitions to create another empire, which is planned to include many Western countries.

But no, in the West they hope that this is just a bad Putin, and the Russians are good, they didn’t want anything bad, but it just happened that way. And when Putin will go, the West will again be able to love Russia, as it was all these years before the war. And it doesn’t matter that Putin was not the first and, accordingly, not the last dictator of Russia. For centuries the Russian people lived only by their imperial ambitions and will continue to live by them. Why does anyone think that this can change?

Therefore, I ask everyone who reads my post: make at least one publication of any entry from my “diary” or repost this post. I no longer count on my profiles being unblocked, but if all people post the truth that Western politicians and others like them are trying to hide, we will convey to ordinary citizens the truth about what is happening in the world now, and what threat is looming over all of them. And they certainly won’t be able to ban everyone!

UPD: After I published this post, my Facebook account was unblocked. This is certainly a small victory, which I do not even count on. But unfortunately the most important account – where I had the biggest response from the audience, still remains blocked …