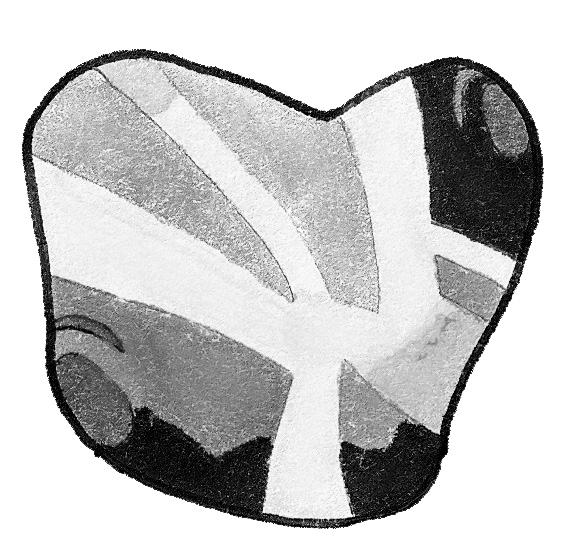 Early this morning we woke up from the sounds of strong explosions. The news channel only wrote about what we ourselves heard. No explanation for what’s going on. No one yet understood that the war had begun, that life in our city would never be the same.

We also didn’t understand this and boldly went on to sleep. A few hours later I was awakened by a message from a friend: “Ira, wake up, the war has begun!”

There were a lot of people on the street, some were packing things in the cars, others were walking towards the store, and many of them did not really know where to go. My husband and I were also in complete prostration, so we decided first of all go to the store and stock up on food for two weeks. On the way I saw this stone lying on the pavement in a narrow passage between the trees. At this place a lot of garbage falls from the branches, so I could just pass by, but it immediately caught my eye because of its unusual shape.

At home I constantly twirled it in my hands, looking at its outlines and colors. And when I felt completely unwell from heavy thoughts, I decided to make a sketch of this stone in a notebook, and then decorate it not as it really is, but as I saw it at that moment. And just like this the collection was born… and just like this the idea to start creating NFTs was born.